Some showers need extra height added to enable a Steam Stopper to be added as the Shower rose is above the shower door.

With this one we added height by folding Clear Acrylic to the shape of the Shower Door to a height that enabled the Steam Stopper to fit and also clear the shower rose.

If you are like us, trying to install a non-standard steam stopper (some call it shower dome) in the bathroom, and before or after many installers say no to your invitation, we strongly suggest that you contact Bathroom Direct.

The installer, Richard is an experienced and knowledgeable builder and installer of Steam Stoppers. He is highly skillful, efficient and punctual. He will take the extra steps to come to help you. We recommend Richard without reservation because we have had a very pleasant experience and successful outcomes with him recently.

We learnt about Richard’s name and his professional service from Brent Coutts, General Manager of Henry Brooks Bathrooms (also trading as ‘Bathroom Direct’) after our case had been referred to him. Brent has been very helpful and suggested what could be done to the shower box in which there is a high rain-shower in addition to the usual shower.

The job is a certainly a tricky one and Richard has no problems in overcoming the challenges. He is the ideal expert to work with. He knows exactly what needs to be done and does it meticulously without fuss. If he can handle the tricky demand in our bathroom, we are sure that he would not have any issues with other shower boxes. The job was completed at a very very high standard, way beyond our expectation. We definitely would approach him again in our future projects. 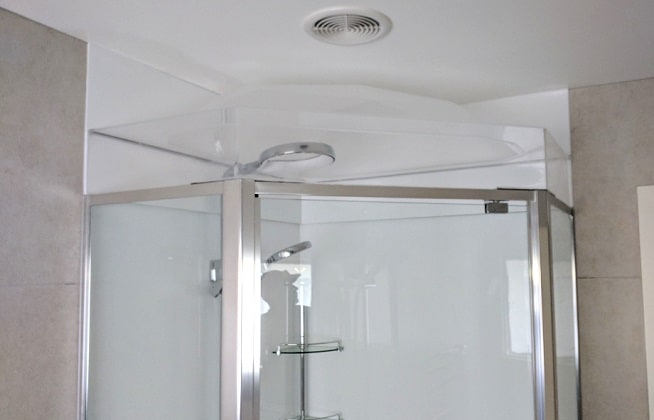 Get Quote For Installation